Most of us are not surprised to hear that a child’s chances of achieving success, physical health, and mental well-being depend heavily on the socioeconomic status of the family into which they are born. A large-scale global study commissioned by the World Health Organisation found that the lower the income of a family, the more likely their child is to suffer physical and mental health issues later in life, run into problems with the legal system, and die early.

But a physical lack of resources may not be the only factor driving poor outcomes. Last month, a study published in PNAS revealed that children’s perceptions of their family’s socioeconomic standing might matter more than how well their families are actually doing — at least when it comes to their mental health.

Evidence that perceptions might matter more than reality has been around for years. Individuals who perceive themselves as having lower socioeconomic status tend to report having more mental and physical health problems than those who rank themselves as having higher status, even when controlling for common indicators of status such as household income and occupation. The existence of this so-called “status syndrome” raises the possibility that government-run programmes aimed at changing young people’s attitudes towards their status might somewhat offset the negative health outcomes of income inequality.

However, the alleged “status syndrome” presents a dilemma. What if an individual’s perceived status is actually just a more accurate reflection of their true socioeconomic status than the “objective” measures such as income that researchers frequently use? That is, perhaps individual’s perceptions tap into a host of other factors that determine opportunity — such as family history and assets — that are otherwise hard to measure.

In this new study, Joshua Rivenbark from Duke University and colleagues got around this issue by following more than 1,000 sets of same-sex twins growing up in a range of areas in the UK, from the most to the least deprived, over the first 20 years of their lives. The team measured the socioeconomic status of the families using a variety of measures, including information about parental education, occupation and income. They also gauged the subjective social status of their child participants at the ages of 12 and 18, by giving them an image of a ladder with five rungs and asking them to choose the rung which they felt best represented their family’s socioeconomic position relative to others across the UK. At various stages of the twins’ childhoods, the researchers also collected information about their health, attitudes and behaviours from the individuals themselves and their parents and schoolteachers. Now, for the first time, scientists could look at siblings raised at the same time in the same family and ask the critical question: Do differences in their perceived social standing really matter?

It turned out that siblings could substantially disagree on their family’s social standing — a difference which had its consequences. At the age of 18, those who rated their family status as lower experienced significantly more mental health difficulties than their siblings, including depression, anxiety, conduct problems and pessimism about the future. In fact, subjective status was ten times better at predicting incidences of depression than objective socioeconomic status, and three times better at predicting anxiety. At age 12, differences between siblings weren’t related to differences in well-being, suggesting that subjective status begins to matter only in later adolescence — perhaps as teenagers mature and become more aware of their family’s standing.

Does this mean that perceptions of social standing might actually be more critical for an adolescent’s mental well-being than the physical resources and opportunities that come with that standing? This study might be the strongest evidence so far that this is the case.

There is another possibility: the relationship between perceived status and well-being might actually run in reverse. Compared to the sibling with better mental well-being, an 18-year-old experiencing internal struggles might simply be constructing a different narrative about their family’s social status. As teenagers grow to become more attuned to social comparisons and hierarchies, they might be more likely to interpret their level of well-being — or lack thereof — through the lens of having a particular social standing.

In the future, we can begin to figure out the arrow of causality by asking children about their perceptions more frequently over the course of their development. Regardless of the direction of this arrow, however, it is clear that social hierarchies are a fundamental part of the human psyche. Even if our perceived place in the pecking order merely reflects our well-being rather than actually causing it, this only reveals the fact that we assume our social position has such power.

Post written by Sofia Deleniv for the BPS Research Digest. 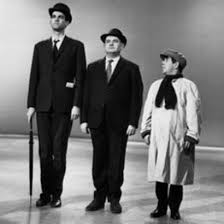