Ten ways that running changes your mind and your brain

“One 60-minute run can add 7 hours to your life” claimed The Times last week. The story was based on a new review in Progress in Cardiovascular Diseases that concluded that runners live, on average, three years longer than non-runners and that running will do more for your longevity than any other form of exercise. But there’s more to running than its health-enhancing effects. Research published in recent years has shown that donning your trainers and pounding the hills or pavements changes your brain and mind in some intriguing ways, from increasing connectivity between key functional hubs, to helping you regulate your emotions. The precise effects sometimes vary according to whether you engage in intense sprints or long-distance running. Here, to coincide with a new feature article in The Psychologist – “Minds run free” – we provide a handy digest of the ways that running changes your mind and brain.

Running changes your brain wiring
David Raichlen and his colleagues scanned the brains of young, competitive distance runners and controls while they rested in a scanner with their eyes open for six minutes. As reported in Frontiers in Human Neuroscience, the runners showed greater connectivity between the so-called frontal parietal network and other neural regions involved in working memory and self-control, which the researchers interpreted as likely due to the cognitive demands of running and the runners’ increased aerobic fitness. The runners also showed greater “anti-correlation” between their default mode network (the DMN, which sparks into life when we’re resting) and a series of regions involved in motor control and sensation – the researchers said this could indicate that when on the move, the runners are likely to be very cognitively engaged, with their DMN suppressed.

Intense sprints seem to boost your executive function
For a study published last year in Preventive Medicine Reports, researchers asked young volunteers (average age 12) to complete several 10-second sprints for ten minutes and then take some cognitive tests. The participants acted as their own controls and on another day (either before or after the sprint day) they completed the same mental tests after 10 minutes of rest. The participants’ performance on the Stroop Test – a long-established measure of mental control or what psychologists call “executive function” – seemed to be enhanced immediately after the sprints and 45 minutes afterwards, as compared with after resting. There were no effects of the sprints on visual-spatial memory performance or basic mental speed (as judged by the Digit Symbol Substitution test). Based on their finding of an apparent benefit of sprints on executive function, Simon Cooper and his colleagues said there was a case for including more opportunities for intense exercise in the school day.

Seven weeks of interval running training can boost your cognitive flexibility
For three times per week for seven weeks, a small group of young dinghy sailors spent 45 minutes per session, rising to 90 minutes at the end of the programme, engaged in interval training: running fast for between 200 to 1000m, interspersed with periods of rest. The researchers tested their volunteers’ cognitive function before the training period and afterwards, and compared the outcomes with a control group of young dinghy sailors who just continued their active lifestyle as usual. Writing in The Journal of Strength and Conditioning Research, Tomas Venckunas and his colleagues reported that the running group didn’t just get fitter and better at running, but also showed superior gains in their cognitive flexibility: that is, they were better at adapting to rapid switches in task instructions in a keypress task on a computer.

Ridiculously extreme long-distance running shrinks your brain (but it grows back)
In 2009, 67 endurance athletes ran nearly 3,000 miles over 64 days, without a single day’s rest, to complete the TransEurope-FootRace ultramarathon. For a paper in BMC Medicine, a team of researchers led by Wolfgang Freund scanned the brains of a sample of these runners before the race, during and eight months afterwards. During the race, the runners’ brains shrunk, in terms of grey matter volume, by about six per cent, an amount that the researchers described as “substantial” considering that normal aging is associated with volume loss of around 0.2 per cent per year. However, at the final scan, the runners’ brains had recovered to their pre-race volume. In a follow-up study in BMC Sports Science, Medicine and Rehabilitation, the same research team pinpointed the running-related grey matter loss to four key areas, including parts of: temporoparietal cortex, occipitotemporal cortex, anterior cingulate and prefrontal cortex, and caudate nucleus. Although highly speculative, they noted the overlap of these areas with the Default Mode Network and suggested the observed cell loss in these regions may reflect the combination of the metabolic demands of running combined with a prolonged lack of use of the DMN, the brain’s resting-state network.

The “runners’ high” may be linked to changes in brain chemicals
Completing a run can leave you feeling euphoric and several studies suggest this could be down to changes to the brain’s chemical messengers. For instance, a 2008 study in Cerebral Cortex used PET neuroimaging to show that a two-hour run led to enhanced opioid binding across several areas of the brain, as compared with before the run, and that this was associated with subjective feelings of euphoria. This supports the idea that running triggers the increased released of endorphins in the brain – a kind of natural high. A more recent paper in the Journal of Experimental Biology pointed to the importance of other neurotransmitters: the researchers found that an intense treadmill run, but not a walk, was associated with increased circulation of endocannabinoids – endogenous brain chemicals that bind to the same receptors in the brain as cannabis.

Running may quieten your mind
Anecdotally, many runners also say that going for a jog has a calming effect, helping their brains dial back on usual levels of worry and rumination. A study published last year in Experimental Brain Research appeared to provide some partial scientific support for this idea. Petra Wollseiffen and her colleagues used electroencephalography (EEG) to measure the surface electrical activity of the brains of 11 ultramarathoners several times during a six hour run. Running was associated with reductions in activity in the frontal cortex of the brain, and for the first hour, runners also reported feeling more relaxed and an increased sense of “flow”. However, the levels of decreased brain activity and subjective feelings of flow didn’t correlate so it would be an oversimplification to say that this research shows that running helps you to relax by switching off your brain.

Running increases the growth of new neurons (at least in mice)
It was the received wisdom through most of the last century that adults can’t grow new neurons – a process called neurogenesis. It’s now known that this isn’t true: in fact, new neurons continue to grow through life in specific areas of the brain. Interest has turned to the function of these news neurons and ways to encourage their growth. To date, much of the research is on rats and mice, in whom a recurring finding is that running seems to encourage neurogenesis. Take a seminal paper published in Nature in 1999. Fred Gage and his team reported that mice who had the opportunity to choose to run in a spinning wheel exhibited twice the amount of neurogenesis in a part of the hippocampus (a brain region involved in memory and learning), as compared with mice who had no choice but to swim or others who had to complete a water maze. More recent animal researchsuggests that it is particularly long-distance running, as opposed to interval-style training (short bursts of running) that may increase neurogenesis, perhaps through release of what’s known as “brain derived neurotrophic factor (BDNF)”, a chemical that encourages cell growth.

A short jog may help you regulate your emotions
For a 2015 study in Cognition and Emotion, Emily Bernstein and Richard McNally asked volunteers to jog or stretch for 30 minutes and then they showed them a sad clip from the film The Champ. Participants who said they usually struggled to handle negative emotion were more intensely affected by the sad clip, just as you’d expect, but crucially this was less so if they had completed the jog (but not the stretching). The researchers said: “… a bout of moderate aerobic exercise appears to have helped those participants potentially more vulnerable to problematic affective dysregulation to be less susceptible to the impact or lingering effects of the stressor”.

Intense sprints may boost your ability to learn
Bernward Winter and his colleagues tested participants’ ability to learn new made-up words for objects after either two intense sprints of three-minutes length, after 40 minutes of gentle running, or after resting. Participants were able to learn 20 per cent faster after the sprints compared with the other conditions, and they showed superior memory retention when tested again a week later. Writing in the Neurobiology of Learning and Memory, the researchers said the blood measures they took suggested that the participants’ enhanced learning performance after sprints may have been associated with increased levels of dopamine, epinephrine, norepinephrine and BDNF. “This [finding] is pertinent to the organization of learning-supportive environments, e.g., in schools (intense exercise during the breaks),” the researchers said.

Running a marathon seems to wipe your memory of the pain
Let’s not romanticise long-distance running. As Daniel Engber observed at Slate last year,  “a vast, disturbing literature has now accumulated on the ill effects of running marathons”, particularly all the pain, including chaffing, blisters and cramps. One way that repeat marathon runners seem to cope is that the satisfaction of completing a run gradually wipes their memories for the pain they went through. Researchers demonstrated this for a study published in Memory: they asked marathon runners to report their pain and emotions directly after completing a marathon and then caught up with them again six months later, to ask them to recall their earlier post-marathon pain. The runners tended to have forgotten just how much pain they’d been in, and this was especially true if they’d been on an emotional high at the end of the marathon.

–Want to read more about the psychology of running? Check out this month’s cover feature at The Psychologist about psychologists who run and whether their experiences match the data: Minds run free. 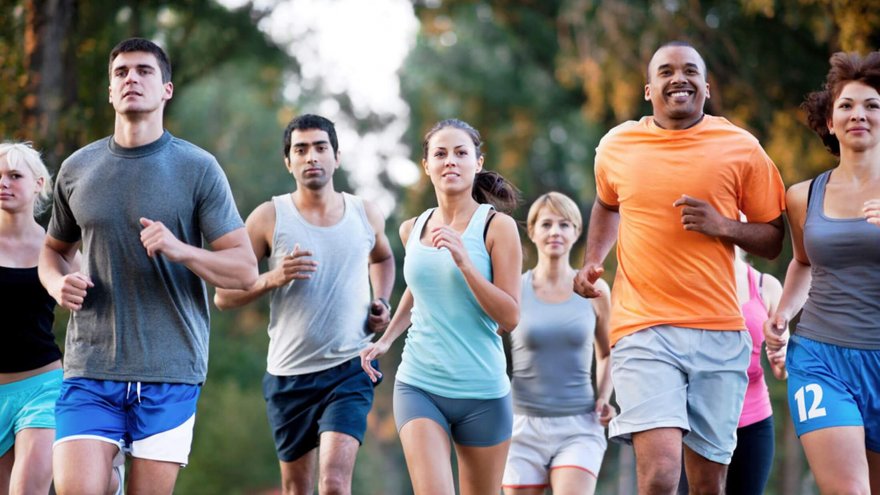